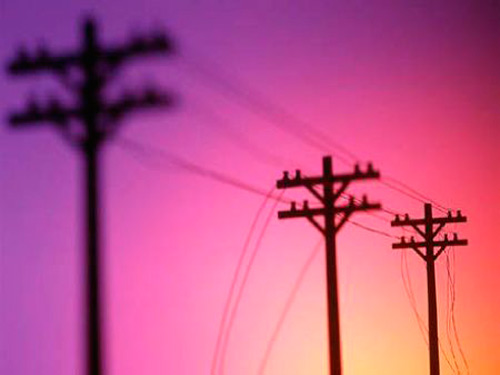 In September, the number of air conditioners used by residents of the 1/3 load of the total power consumption dropped drastically, and the peak summer season should have ended. However, Shanxi, Guangxi, Zhejiang, Guizhou, Hunan and other places are still in a state of serious power shortage.

This reporter learned that, on the one hand, there is a shortage of power coal, and it is difficult for other provinces to supply electricity. On the other hand, it is still because the drought is severe, resulting in insufficient hydropower capacity.

"Not enough water and fire"

However, after most of the provinces, autonomous regions, and autonomous regions have weathered the summer peaks, the news of electricity consumption in Hunan, Guangxi, Guizhou, Zhejiang, and Shanxi has continued to rise.

Lin Bin, an expert from the Guangxi Electric Power Industry Association, told reporters that water for power generation in Guangxi came from the Yunnan-Guizhou Plateau. At present, Yunnan and Guizhou are relatively dry, and there are fewer reservoirs in Guangxi and there is less power generation.

For example, the Longtan Hydropower Station located in the Hongshui River area of â€‹â€‹Guangxi Province has a total planned installed capacity of 6.3 million kilowatts, but the drought has caused the water level to drop, and the current generation capacity can only maintain about half. Affected by the drought in July, the water level of the Longtan hydropower station in Guangxi Hongshui River decreased. The power generation in July was only 900 million kilowatt-hours, a decrease of 44.3% year-on-year, which had a serious impact on the overall economic operation. In Guangxi, the decline in hydroelectricity also exceeded 20%.

"If there is sufficient water in the reservoir, Guangxi should not be short of electricity at the moment." On September 8, Lin Bin told reporters in an analysis of Guangxi's power shortage situation, "The waterway is too far from Qinhuangdao to buy coal, and the railway is even more of a road. Far, we can only buy coal in Guizhou, but at present, Guizhou is also very tense, and the price is not low. Buying coal from Vietnam also faces relatively high prices."

Before this, Gu Nanfeng, deputy chief engineer of Guangxi Power Grid Company, disclosed that the original Guangxi power shortage was not expected to occur until the dry season in the fourth quarter. As a result, the Hongshui River suffered the greatest drought since the hydrological records were recorded this year. The current water supply is only for the usual years. 30%, so that Guangxi hydropower output is equivalent to the dry season power generation level, compared with 5 million kilowatts in the same period last year fell 2.5 million kilowatts, a decrease of 50%.

Southwest part of the water reduced by 75%

The National Development and Reform Commissionâ€™s report shows that since the beginning of this year, except for June, the national average precipitation has been less than usual during the same period. Affected by this, the year-on-year growth rate of hydropower generation has dropped rapidly. In July, the hydropower generation amounted to 69.8 billion kWh, a year-on-year decrease of 11.2%, which was the largest month since March last year; it was only 5.1% higher than the previous three-year average (10%).

By provinces and cities, in July, hydropower generation in Fujian dropped by 56% year-on-year, Hunan dropped by 40.7%, Zhejiang dropped by 31%, Guizhou dropped by 30.8%, and Guangxi, Guangdong, and Chongqing also fell by more than 20%.

Behind the decline in hydropower in these areas, there is less water in the local basin. For example, in July, the total water supply in the major river basins was relatively low, and the amount of adjustable water in key reservoirs dropped sharply. In July, the overall precipitation in the country was relatively low. Hunan, Guangxi, Guizhou, and Chongqing experienced severe droughts, and there was an anomaly in drought resistance in the flood season. Part of the proportion of hydropower The contradiction between electricity supply and demand in the larger regions has intensified.

Guo Yong, president of the Yueyang Electric Power Industry Association, also told reporters that the current situation of reservoir water storage and rainfall has not improved much. This makes the electricity very nervous. At the same time, there is a situation that needs attention this year. Because in June because of the rain, many places to prevent the switch from drought, when the typhoon may come, many reservoirs put water.

In the above areas, an important issue is that, when the proportion of hydropower installed capacity in these areas is currently decreasing, the proportion of thermal power installed capacity has increased, but the current coal resources have not kept up well, and the purchase of electricity from different regions has not yet been completed. The main reason is that places like Guizhou and other areas are already deprived of water, and the electricity delivered this year has fallen.

Prior to this, Hunan had begun to purchase large quantities of coal from other provinces to cope with the intense thermal power shortage. From January to July, Hunan Power Grid unified adjusted 37.79 billion kilowatt-hours of thermal power generation, generating 10.8 billion kilowatt-hours of thermal power over the same period of the previous year, equivalent to an increase of 5.4 million tons of raw coal. However, Ouyang Yongxi, a senior engineer of the Hunan Power Grid Power Trading Center, told reporters that if Hunan's coal-fired power plants were all started, Hunan could not be short of electricity.