Also known as the fecal suction truck and vacuum suction truck, it is mainly used for pumping feces, sewage, sludge slurry and liquid mixed with small suspended debris, and is used in small and medium-sized cities and towns in agriculture, chemicals, factories and mines, and property communities.

In the fourth and fifth tier cities, you can also see the rare tank trucks sneaking through the neon night.

If someone asks, what are the advantages of the suction truck (tank truck)? I believe everyone can say one, two, three

It's cheap, and the tank truck with the new chassis is nothing more than 200,000. Convenient, the manure water in the septic tank is directly pumped up and pulled away. Private money is quick, you can easily earn hundreds of Grandpa Mao in one time

If someone asks, is there any harm in the fecal suction truck (tank truck)?

1. Fecal suction truck exploded, flying across the sky, passers-by were sprayed on the face. Recently, a fecal suction truck explosion occurred in Jinchengjiang District, Hechi City, Guangxi. Poor passers-by, who went out to walk around the street, were sprayed. Without a little precaution and no worries, they just appeared in the world and brought surprises. This is probably the case with the legendary spray face! This is sour, you can smell it faintly across the phone screen

2. In many construction sites, the area and depth of mud and community septic tank sedimentation tanks are often not up to the standard. For the sake of effort, the mud water that has not yet settled up to the standard is directly discharged into the sewer, which leads to pipeline siltation and drainage capacity is greatly reduced. In order to obtain huge profits, the tank trucks transporting mud out of the country often choose to secretly drain mud in the sewers on remote roads.

In order to reduce the cost of near-term discharge, the manure is secretly discharged into a rainwater well or a remote open ditch in a motorway, or even in a community, drawn from this septic tank and discharged into another septic tank next to it. The rainy season leads to "flooded streets", and manure flows

Stealing and draining leads to blockage of pipes, rain, smelly sky, and spread of manure

The discharge of mud and septic tank manure water into the confluence pipeline will reduce the pipeline's over-flow capacity, and will even lose its function, resulting in overflow of sewage in sunny days and flooding of streets in rainy days, which poses a threat to the surrounding residents' property and travel safety; Sludge enters the sewage treatment plant, which affects the process regulation and control, causing wear and tear on the production line equipment and increasing the amount of sludge, which has a greater impact on the quality of the effluent and shortens the maintenance cycle of the sewage treatment plant. Sewage treatment facilities are not functioning properly, which also has an adverse impact on the urban water environment.

The "Regulations on Urban Drainage and Sewage Treatment" have clear punishment clauses for illegal and illegal drainage. In addition to restoring the original condition within a time limit or taking other remedial measures, which has serious consequences, the unit shall be fined not less than 100,000 yuan but not more than 300,000 yuan. A fine of more than 20,000 yuan and less than 100,000 yuan shall be imposed. The personnel and units involved in the incident will be severely punished by the water affairs, urban management, construction committee and other departments.

The water affairs department will negotiate with the urban management department to establish a joint law enforcement work mechanism, severely crack down on the unlawful enterprises that illegally drain mud from municipal pipelines, and firmly block every pollution source discharged to the river by means of iron fists.

At the time of the flood season, heavy rains have led to frequent news reports on "Flooded Streets". The municipal government hopes that the general public will actively report illegal drainage. If you see a tank truck stealing mud, please take pictures and call the hotline "12319" to report . 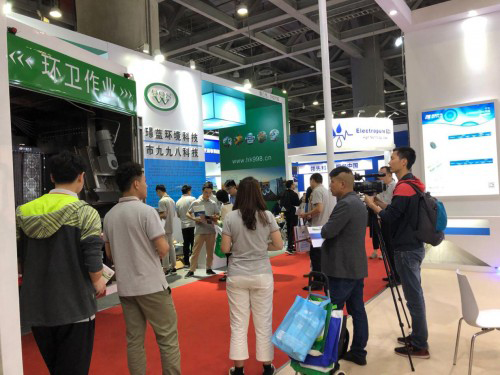 Shenzhen Jiujiu Technology Co., Ltd. is committed to solving urban and rural environment and public safety issues, and believes that the industry has unlimited market prospects in the future, the company and domestic high-tech companies work closely together, in line with the principles of environmental protection, low carbon, recycling, After more than 2 years of efforts, in the research and development of professional manure treatment equipment, it has developed from the first generation of professional cleaning equipment for septic tanks to the current eighth generation of vehicle cleaning and organic fertilizer extraction equipment 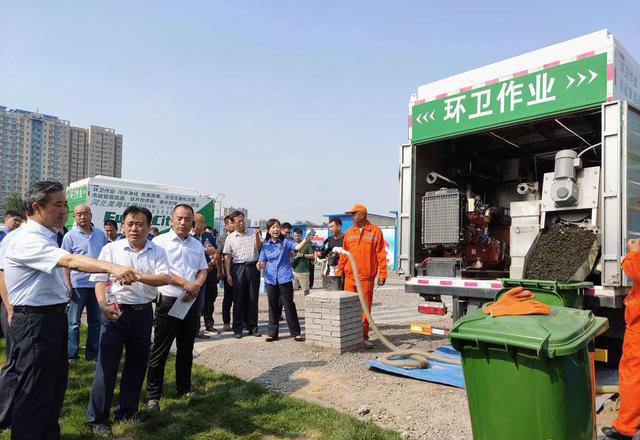 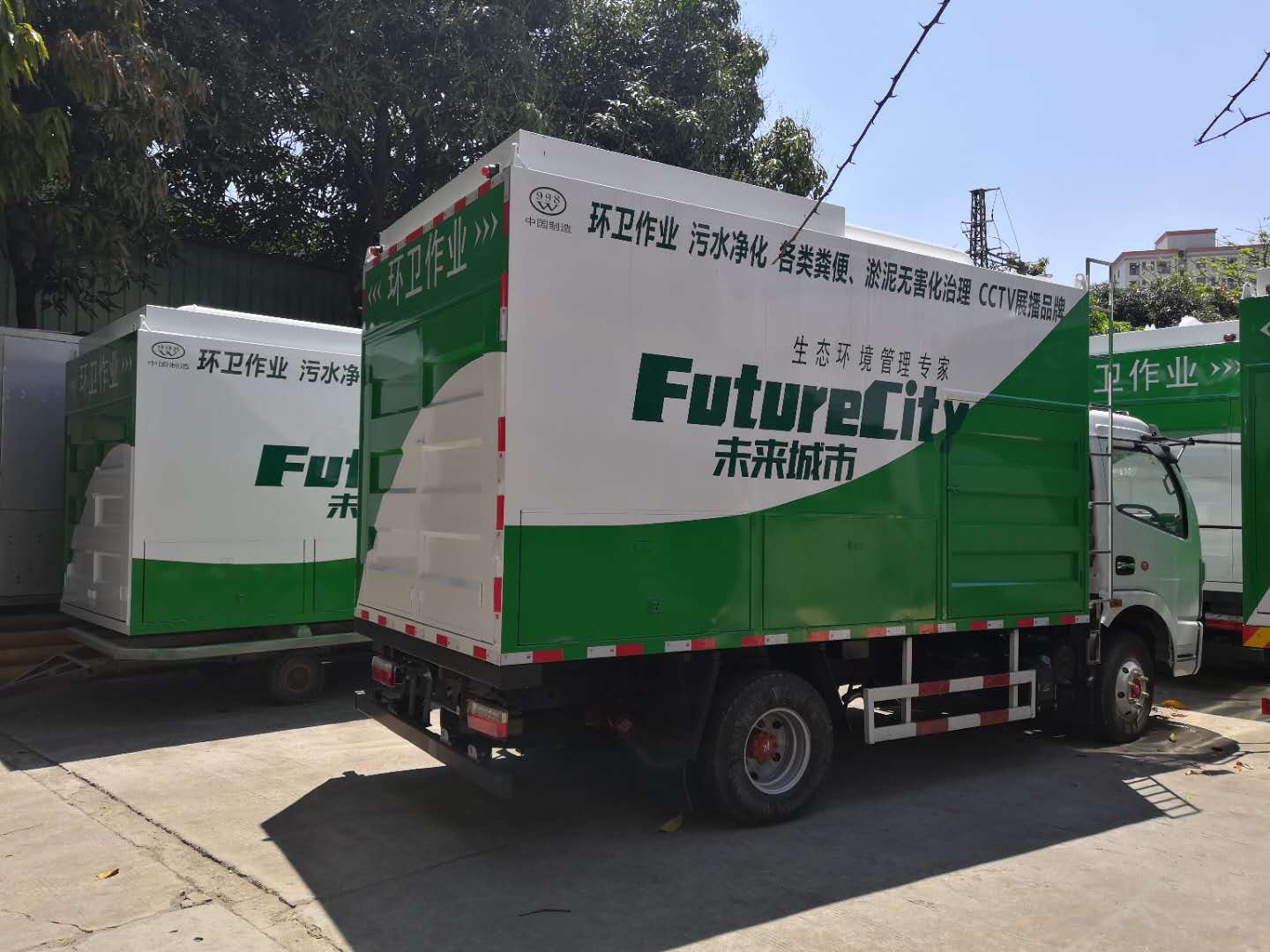 The reporter saw at the scene that a pipe protruded from the car and connected to the septic tank. The rear of the car constantly "spit" out the black-brown dry residue and clean water, and there was no sewage on the ground. The staff picked up a handful of water on the spot, and many people in the community sniffed close together without a pungent smell. 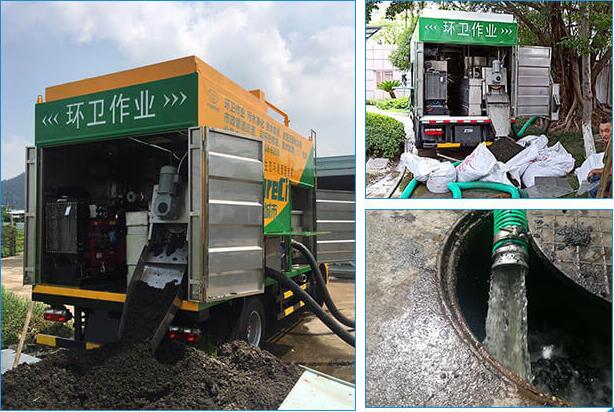 "After the car directly treats the sewage in the septic tank, the discharged water can reach the standard of three types of discharge water." Qu Jiliang, the company's general manager, said that after the treatment by this equipment, the sewage becomes clear water, the garbage is extracted, and the feces It is completely separated, and the dry humidity reaches more than 75%. It can be used as a raw material for organic fertilizer after fermentation.

The relevant person in charge of the street that visited the site said that in the past, the treatment of sewage required large tank trucks to transport the sewage to the treatment plant, and many people who worked unconsciously treated it casually, causing serious pollution to the environment. "Now with this new type of environmentally friendly car, the sewage is directly separated on the spot, there is no secondary pollution, it saves a lot of time and effort, and it is worth promoting."

The new environmentally friendly vehicle can be used in residential areas, schools, hotels, hospitals and other places where people or animals produce sewage. In addition to treating urban septic tanks, the vehicle can also handle municipal sludge and road cowhide fresh on-site. , Official website clogging and other issues.

According to reports, the working efficiency of the new environmental protection vehicle is equivalent to 5-8 times that of the traditional fecal suction truck. "A 4000 cubic cubic septic tank can be cleaned at one time, and the traditional 5 cubic cubic fecal suction must be transported back and forth 800 times." The Changsha Municipal Government plans to order 50 new environmentally friendly vehicles to serve community areas, primary schools, public toilets and other public places. 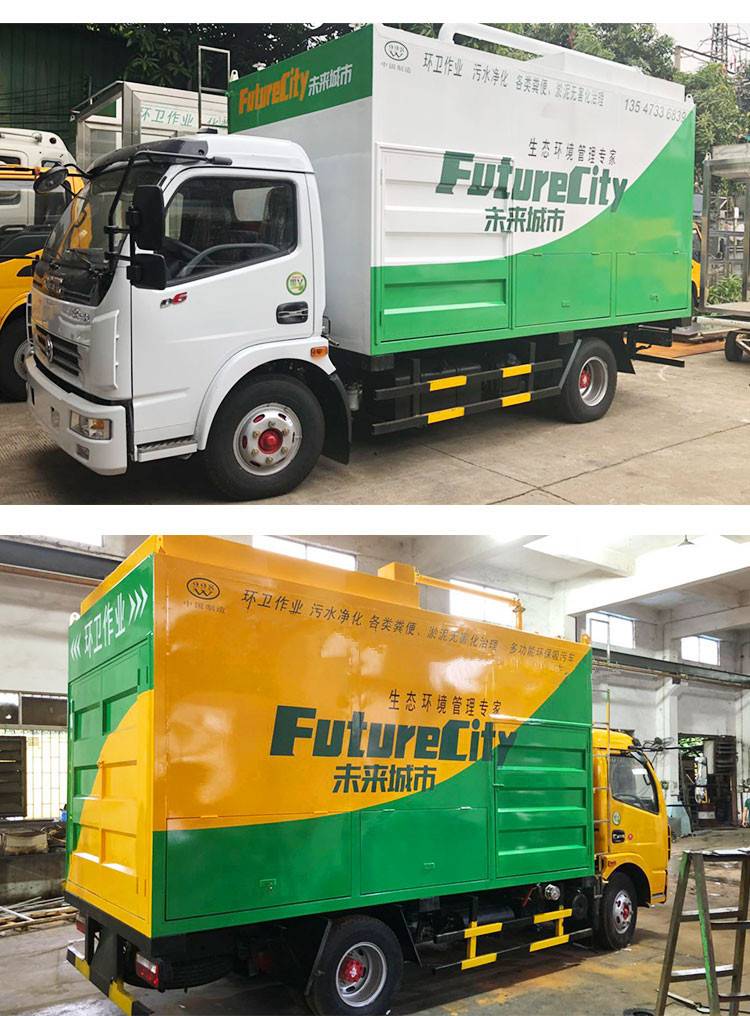 According to reports, the working efficiency of the new environmental protection vehicle is equivalent to 5-8 times that of the traditional fecal suction truck. "A 4000 cubic cubic septic tank can be cleaned at one time, and the traditional 5 cubic cubic fecal suction must be transported back and forth 800 times." The Changsha Municipal Government plans to order 50 new environmentally friendly vehicles to serve community areas, primary schools, public toilets and other public places. 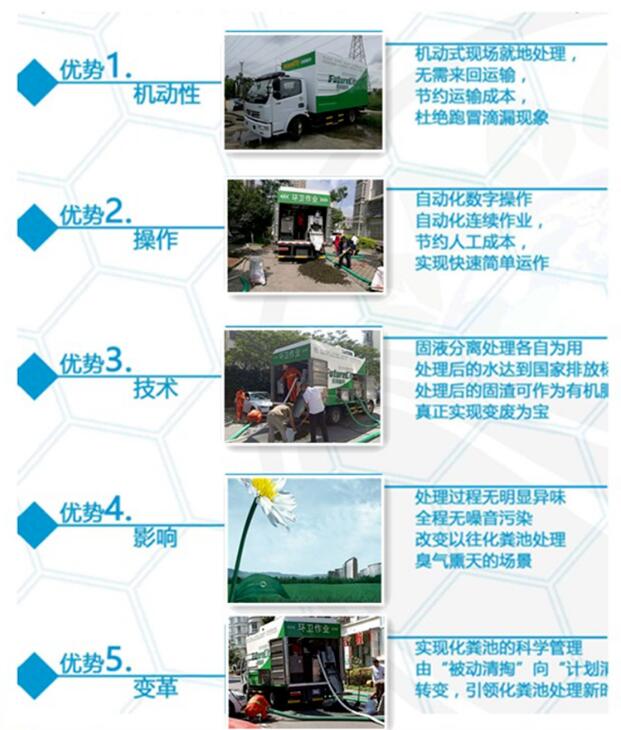 The water-cooled chiller is small in size and large in cooling capacity. It adopts world-famous imported compressors. It has excellent low temperature performance, reliability and durability. The product is designed according to the characteristics of industrial applications. The built-in low temperature circulating water pump and stainless steel freezing water tank are extremely convenient to use. The materials are all made of anti-corrosion materials, which can effectively prevent rust and corrosion. The microcomputer LED quantity controller is equipped with temperature display, set temperature, automatic adjustment of frozen water temperature and compressor delay protection function. Famous brand contractors, relays and other electrical components are selected , Equipped with complete indicator lights, switches, operation at a glance, built-in electronic water level indicator and alarm device, low water level automatic alarm, the operator can grasp the water level of the chilled water tank through the control panel, timely water replenishment, unique modular design, each The compressor system is safe and independent. Even if one system fails, it will not affect the normal operation of other systems.